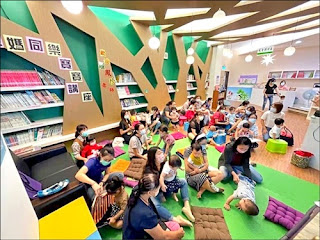 A. The Environmental Protection Bureau and other local authorities were called in after the noise from a local temple festival persisted late into the night.  Those responsible for the noise and garbage were fined. 屏東縣里港廟會繞境鞭炮擾民  警 , 消依法開罰
B. Ligang Township is offering birth subsidies to boost its population.  Ligang Township has been implementing this policy since 2012, and the subsidies, ranging from 30 to over 100 thousand NT dollars, vary depending on the number of children in each family. <屏東>  里港 "催生" 再加碼  第4胎給12萬 (1)
C. A police officer working in Ligang collapsed inexplicably.  He was taken by fellow officers to E-Da Hospital in Kaohsiung, where he was diagnosed with a myocardial infarction.  An operation was performed, but the medical staff at the hospital were unable to save him. 協助病患強制送醫  屏東警員心肌梗塞急救5天後不治 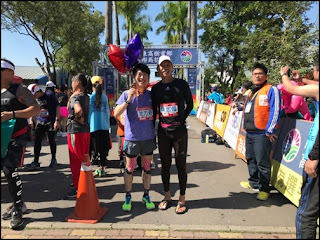 2. Gaoshu Township 高樹鄉
A. This article introduces a resort and a couple other attractions in Gaoshu.  "Da Lu Guan," the old name for an area near the resort, was part of the Hakka "Right Duei" settlement. 寬闊草地 + 歐式夢想莊園 !  高樹鄉大路關好讚站 x 幸福莊園  帶路探訪石師三兄弟
B. In this article a man with relatives in Pingtung reflects on his childhood memories and taking part in the Gaoshu Marathon. 賽事心得 / 屏東高樹蜜鄉馬拉松  重溫兒時的回憶
C. A local man, devastated by the recent death of his wife, was found unwashed and unresponsive on the road by local police.  The police later returned him to his village. 阿北呆坐旁恍神... 問住哪不回應  口袋一張紙揭深情故事惹人淚 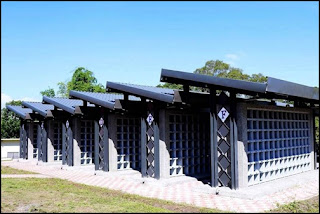 3. Sandimen Township 三地門鄉
A. As part of the Pingtung County Government's push to renovate or relocate cemeteries, and also to promote cremation over burial, one of the cemeteries in Sandimen was renovated.  This renovation, however, made burial very expensive, and fees were only recently reduced to accommodate local incomes. 規費過高 "住不起"  屏東三地門鄉幅調降殯葬管理費
B. Since the advent of COVID, tourism in Sandimen has declined.  As a way of stimulating the local economy and/or financially assisting local residents, in October the Sandimen Township Office gave every resident 1000 NT. 屏東三地門鄉振興禮金  每人1000元 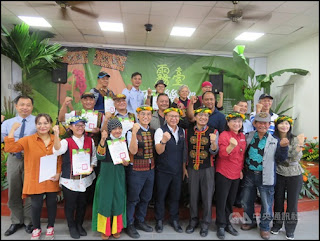 4. Wutai Township 霧台鄉
A. Wutai Township was recently recognized by the Agriculture and Food Administration for its efforts in regard to organic farming.  I can only hope they're confining their organic farming to areas where it is legal to farm. 全台首個有機鄉示範地  屏東霧台鄉展成果
B. With the encouragement of local government, residents of Wutai have been farming lilies.  This flower has a cultural significance within the Rukai Tribe. 霧台植2.8萬株百合  預約美景
C. Coffee beans area also grown in Wutai.  This report discusses how a local man is growing coffee beans on his grandmother's land. 擦亮霧台咖啡招牌  杜俊文用阿嬤的農地種出特等咖啡豆 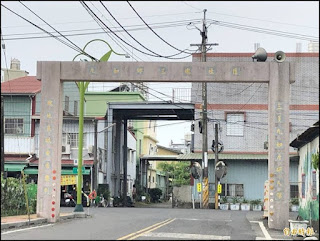 5. Jiouru Township 九如鄉
A. Over a hundred people attempted to remove the head of Sankuai ("Three Pieces") Village from office.  They lacked the required number of signatures to do so.  No reason for this attempted dismissal is given in the article, aside from "destroying the harmony of the village." 二階連署未過  屏東縣九如鄉三塊村長罷免案宣告不成立
B. Residents of Jiouru recently visited the Taiwan Water Company (a water utility) to inspect operations there.  The Taiwan Water Company has been working to improve the supply of tap water to places like Jiouru, where people previously relied on groundwater. 九如鄉給台水一個讚
C. A man living in Jiouru has spent a lot of time and money improving roads in that area.  While fixing the roads his wife directs traffic and his son assists him.  He, his wife and their son were recently given an award for their efforts. 常年幫補破路  一家三口都獲獎 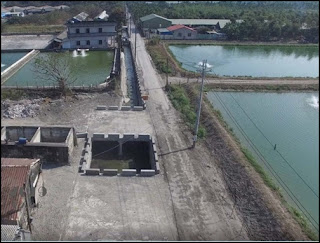 6. Yanpu Township 鹽埔鄉
A. Work has begun on the riverbanks and canals near the Wuluo River, which is a source of flooding in the area. 改善大仁科大周邊淹水  武洛溪大仁支線二期排水工程展開
B.Jiang Wei-ping, former head of Yanpu Township, was sworn in as Pingtung County Councillor after the previous office holder was accused of bribery. 鄭雙銓涉嫌賄選遭解職  前屏東縣副議長江維屏宣誓上任
C. As recently announced by the Pingtung County Bureau of Cultural Affairs, several workshops were held throughout the county.  One of these workshops, in Yanping Township, centered around the making of puppets. 屏東49個社區營造有成  展現草根力量 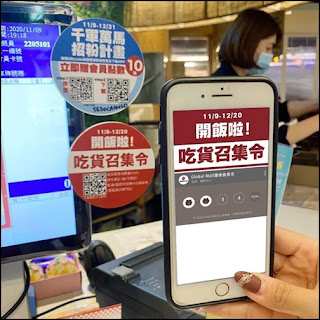 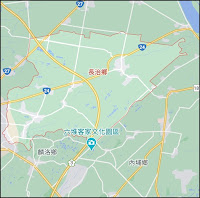 8. Chang Jr Township 長治鄉
A. Chang Jr (Changjr?  Changjer?) will be hosting a road run on December 20.  They will be promoting the kumquats grown there during the event. 帶動金桔產業  長治鄉辦路跑促銷產業
B. The township has also been working with professors at nearby Daren University of Science and Technology to develop recipes incorporating kumquats. 推廣長治在地農產金桔  大仁科大備 "亨桔宴"
C. The mayor of Chang Jr Township recently visited the local military training facility to see how recruits there were doing.  They said they were doing fine. 長治鄉長探視役男  鼓勵子弟充實自我 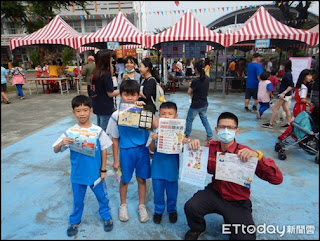 9. Linluo Township 麟洛鄉
A. Along with plans to extend the Kaohsiung MRT into Pingtung, there are additional plans to construct bike trails and parks in Linluo and Jhutian townships.  As part of this initiative the County will begin construction of the "Prince and Grandma Park" in Linluo.  This park will reflect the area's Hakka heritage. 活化客庄車站  麟洛站前打造王爺奶奶公園 (2)
B. Several scholars were recently invited to Linluo Township to help preserve historical materials and to contribute to a local chronicle of the area. 9名學者專家投入麟洛鄉志編纂任務  預計2年後完成
C. The local fire department visited Linluo Elementary School to teach kids about CPR and fire prevention. 麟洛國小園遊爆竹煙火防火防災宣導  學童收穫良多 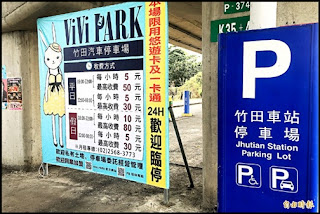 10. Jhutian Township 竹田鄉
A. Jhutian won an award from the Global Brand Management Association recognizing its achievements with regard to improving living conditions there. 屏東縣唯一竹田鄉獲台灣城鎮品牌銀質獎 (3)
B. People have been parking their cars for long periods of time near the Jhutian Train Station, creating a scarcity of parking spaces in the area.  The Jhutian Township Office decided to start charging a parking fee as a way of solving this problem. 竹田火車站停車場  每小時5元 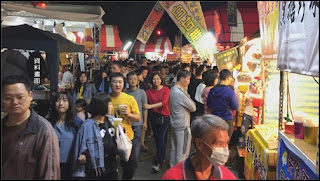 11. Neipu Township 內埔鄉
A. Neipu will host a street festival similar to one held in Chaojhou around Chinese New Year.  Local businesses have high hopes for this event. 農曆年不能出國來屏東 !  內埔勳循潮州模式辦年街  同攤票下3特區
B. A "toy gun" and a bronze medal from a Nezha temple in Neipu were stolen by a man later arrested in Chaojhou.  He later claimed that he gave them to a child to play with. 連三太子玩具槍供品也偷 !  內埔警一天抓人賊 : 送小朋友玩 (4)
C. The owner of two rifles was arrested near an elementary school in Neipu.  The firearms were purchased legally, but the man is under investigation. 校園附近的槍彈情資  屏東內埔警不敢大意
Related Entries 相關的文章:
Walking Around Liuqiu Township 走路一日環島琉球鄉
琉球漁樂線 Fishy Things to Do on Xiaoliuqiu
Pingtung in the News 屏東的新聞 (South 南) 1
Hey Pingtung 屏東好
1. I came across two different articles on this policy.  The numbers didn't agree, hence the "over 100 thousand NT dollars."
2. I doubt the Pingtung County Government would phrase it this way.  They'd probably say they are creating a NEW Pingtung MRT system.  But really, it's more an extension of the Kaohsiung MRT for the foreseeable future.
"Prince and Grandma Park."  The name of the park was taken from a nearby temple, and I'm not sure how to render it in English.  The "Prince" 王爺 is a popular local deity, and there are many temples dedicated to him in Taiwan.
3. Having read the local news for a few months now, I'm thinking the Jhutian Township Office works very, very hard.
4. "Nezha," better known locally in his 三太子 ("San Tai Dze") aspect, is a childlike god fond of toys.  He is often seen during street processions.
NOTE: There's one news item that doesn't fall within the borders of any specific township, municipality or city.  Pingtung County has a big "problem" with iguanas, which were introduced into Taiwan from abroad.  Someone set their unwanted iguanas loose in the mountains, the critters started breeding, and locals are now wondering what to do with these occasionally giant lizards.
於 12月 17, 2020