What's - According to Facebook - Going On in East Asia 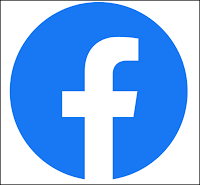 Fake news!  Fake news!  Yes, there's a lot of fake news on Facebook.  That, and a lot of cat videos.  But Facebook is still very much a force to be reckoned with, and alternatives such as Instagram and Reddit just don't influence people to the same degree.

What's more, Facebook's fake news, cat videos and other weirdness can be somewhat comforting - provided you don't take them too seriously.  Sure, on the wrong kind of day Facebook screams of loneliness - either your own or others' - but taken in small amounts it's not all that bad.

So, viewed through the prism of Facebook, what's going on in East Asia?  I speak here of China, Hong Kong, Macau, Mongolia, North Korea, South Korea, Japan and Taiwan.  It's a big area, full of many people, but maybe Facebook can tell us something about it. 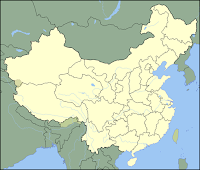 According to Djang San on Beijing Underground: "Streets half full/half empty, controls of temperature and location loosening up a little, here is Beijing in the last few days.  Music from the album 'Coronavirus Music,' song played on my newly created mini electric guzheng."

Whereas Visit Beijing wants you to know about "Paper Cutting, Sugar Painting, Chinese Knotting, Herb Incense and Miaofeng Mountain Fried Chinese crepes... the custodians of some of Beijing's Intangible Cultural Heritage crafts invite you to discover their world."

Adam Rose says via the Events in Beijing group: "I hope everyone is doing well despite the difficult circumstances.  I live and work in Shenzhen as a mental health counselor for English speakers, in partnership with Chengmei International Medical Clinic.  If you or someone you know is struggling with worsening depression or anxiety related to covid-19, displacement from our homes/work, disruption to our schedules, etc., please let me know."

Will do, Adam.  But what about Shanghai?  Let's take a look.

Meanwhile Humans of Shanghai posted on the Humans of Shanghai group: "#quarantine #coronavirus #fundraising #humansofshanghai #Shanghai I first learned about the pandemic from news, then from friends and classmates.  Many overseas students who went back to China for spring break were not able to return back to America for school.  People are panicky.  We paid attention to official data and statistic graphs every day in America, watching the map of China turning red.  It wasn't until then that we realized how quickly the infection spread."

Reminds me of the last US election.  Anyway, there's also this from "China":

Mr. 郭時安, by the way, seems to be a salesman.  He sells DoTERRA Essential Oils (or at least tries to sell DoTERRA Essential Oils) all over Taiwan, and these essential oils - whether essential or not - seem to be manufactured in China.  It's hard to tell from his Facebook profile when he last visited the Mainland, but I'm pretty sure he's in Tainan now.

Hong Kong, that shining example of peaceful reunification with China.  You agree, right?  Right?  Why are you smiling that way?  Stop smiling!

Discover Hong Kong posted on the Discover Hong Kong group: "Experience Art Basel Hong Kong in a whole new light with the Art Basel Online Viewing Rooms.  Allowing artists to showcase their artworks and collectors to view and purchase new pieces, the viewing room is available to the public from 20-25 March."

Long before the above post, Nina Chan posted in the Hong Kong News group an article about "Missing Protesters / Missing Heroes."  Maybe the protesters are now at home, visiting the Art Basel Online Viewing Rooms?  One can only hope.

Carmen Lo, perhaps soon to be another "missing hero," said via the 香港人!  報仇解散警隊, 刻不容緩, 天滅中共, 我要真普選! [Hong Kong people!  Rectify past wrongs by dissolving the police force without delay!  Wipe out the CCP!  We want general elections!] group: "得番7日聽日要5萬呀!!  集氣建議民x聯部份人士納入制裁名單" ["It's going to cost 50,000 on the 7th (?)!!  Ji Chi suggests that some people from the Democracy Union be included in the sanctions list"] which was followed by a link to a petition, and an article about coronavirus.  Ever onward, Carmen Lo! 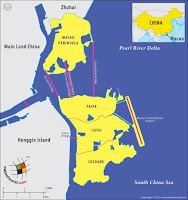 Krishna Bishwokarma shared a video in the Nepalese in Macau group.  This video includes an American Idol contestant talking to Lionel Ritchie.  I'm assuming the contestant is Nepalese.

Phoebbecate Orlando has a more serious message to impart via the PINOY SA MACAU ORIGINAL group: EASTER IS APRIL 12TH.  LET ME BE THE FIRST TO ANNOUNCE, IT AIN'T GETTING CANCELED!  CHRIST IS RISEN!  NO BODY OR NOTHING CAN CHANGE THAT!  CAN I GET AN AMEN?

At about the same time Mantim Kam posted in the 澳門自由行 Macau Travel 歡迎來澳門吃喝玩 group an article about iced desserts.

No protest/virus-related posts in the Macau groups in either Chinese or English.  One gets the feeling that Macau and Hong Kong are very different types of places.

Keep in mind I neither read nor write Mongolian, so here's some of what I found in English.  Ditto for the three countries after this one and their respective languages.

Only found one group for Mongolia, with 2.3 thousand members.  On this group Tushig Bat posted an article: "Photographer Captures One of the Last Surviving Eagle Hunters of Mongolia."  All of the other posts in this group are from the same person, and all relate to Mongolian culture.

But wait!  Tushig Bat's FB profile has led me to the Ulaanbaatar group, on which Indra Batnai complains: "when will our ulaanbaatar become a city like this?  What we have to do?"

I don't know, Indra Batnai.  I really don't.  Especially since a) I don't know what city is pictured and b) I don't read Mongolian, or Russian, or whatever that is. 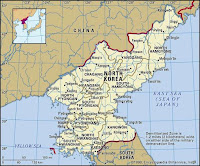 YES there's a North Korea group on Facebook, but it's set to private.  I'm not about to join it, but if someone does please let me know what's posted there.  I'm genuinely curious.

And once again proving that there are Filipinos EVERYWHERE, I stumbled across the Mga Filipino OFW sa North Korea group.  Most of the posts on this group, by the way, have nothing to do with North Korea.  Oh, and be careful browsing this.  There's a photograph of a beheading halfway down.

As you might expect, South Korea has plenty of Facebook groups.  I searched under both Seoul and Busan, and found...

Wayne Kelly posted on the Jeju Incident in the Seoul Expat Forum.  I don't know anything about "Jeju's Dark History," but apparently it's really messed up.

In addition David Scott posted a job opening on the English Teaching Jobs in Korea group.  There are openings in Daejeon, Incheon and Seoul for "Work making of plastic factory."  Only men are eligible for the positions, and the pay is 2.5 to 2.7 million won.  For the life of me I can't figure out how this job involves the teaching of English in any way, shape or form.

In the Foreigners in Busan group Gallery Negative shared a post about an art exhibition introducing "old Busan in the 70s and 80s."  I just watched a movie set in Busan not long ago.  I'd probably like this exhibition. 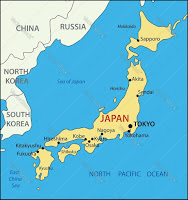 Japan?  I confined my search to Tokyo and Osaka.  Part of this was for my own benefit.  I can get lost in Japan-related things, and I'd like to finish typing this entry sooner rather than later.

In TOKYO Travel TIPS Somnath Gupta says: "Isn't that romantic and peaceful?"  There's a picture of cherry blossoms in the blog link he posted, so I can only assume those blossoms are in Japan.

James Herman offers less peaceful thoughts in the Foreigners in Tokyo group: "Annoying that I have to say this.  WE ARE NOT DOCTORS.  THIS IS NOT A MEDICAL CONSULTANT GROUP.  IF YOU ARE ILL SEEK A DOCTOR.  DONT ASK STRANGERS ON THE INTERNET.  WE CAN POINT YOU IN THE RIGHT DIRECTION ON HOW TO CONSULT ONE BUT WE CANNOT GIVE YOU MEDICAL ADVISE.  The Tokyo Metropolitan Government is offering a hotline for speakers of English, Chinese, Korean, Spanish and Thai and can refer people to relevant public health centers if necessary."

Thanks for the info and the stern warning, James Herman!

On the Osaka - Parties, events, clubs, nightlife group Vicky Lemaire Camaiti wants us to know about theater classes next Tuesday.

And look, it's the Filipinos again!  Stefhanie Irene, posting on the OSAKA OFW group: "Because of the world wide situation, we come up with a promo for those who are planning to buy a house and lot investment."  I have the feeling that a lot of Filipinos work overseas so that they can buy a house in their home country.  I'm guessing there are a lot of real estate scams in that part of the world too. 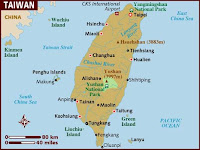 Orrin Hooperman, in the TO - News from Taiwan group: "Interesting news this morning: 1) For the first time, China's figures report ZERO Wuhan Virus deaths in the past 24 hours. 2) British Prime Minister, Boris Johnson, has been admitted to ICU..."  Does this have anything to do with Taiwan?  No, not really.

And Sahra Muhamed, in the Expats in Taiwan group: "I have a question about sending money via wire transfer to the USA."  And I would have linked her above, but she deleted that her just seconds ago.

梁詠晴 is concerned with more administrative matters.  "<台東美食>社團PO文規範  社團以<分享>台東美食為目標~  不是<賣東西>的社團  只能<分享>吃&喝的為主" [The "Taitung Delicacies" group posting rules.  The purpose of this group is "sharing" Taitung delicacies.  It's not a group for "selling things."  You can only "share" things to eat and drink.]

But isn't that always the problem with Facebook?  You have a nice little group going, and before you know it people are arguing about selling things, or politics, or coronavirus, or all of the above.  Oh well, I guess some people like that.

9. Wherever You Happen to Be

And what about you?  Are you in East Asia?  How's the weather there?  Is it safe?  Feel free to let me know in the comment section below this entry, or else - as always - on Facebook.

*The term he uses is actually more like "people from back home" or "hometown people."  It just wouldn't do to claim fellow Taiwanese as "countrymen" in China.
於 4月 07, 2020