People often ask me if I'm a Taiwanese citizen.  They ask if I have a Taiwanese I.D. card, or if I voted in the last election.  I guess it's mostly because I've been in Taiwan for so long.  They figure that anyone kicking around this country for almost two decades must be fully Taiwanese by now.

Part of the reason for this lies with the way most Taiwanese people identify with their own country.  By way of explanation, let's pretend for a moment that Taiwan isn't a country, but rather a sports team, and you're thinking about joining this team as a player.  You like their uniforms, you admire their skill on the field, and you're wondering if you have what it takes to make the cut. 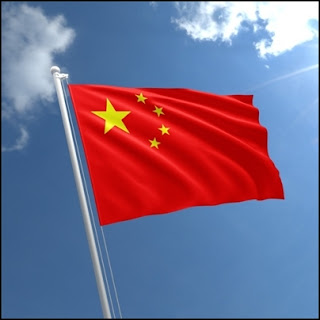 Don't get me wrong, I love Taiwan.  I love the life this island has given me.  I love the good times I've had here, and even the bad times have been a learning experience.  In some ways I might even be more "Taiwanese" than American.  In some other ways I don't just love Taiwan; I am Taiwan, in that I - along with many other foreign residents - am part of what makes this place what it is. 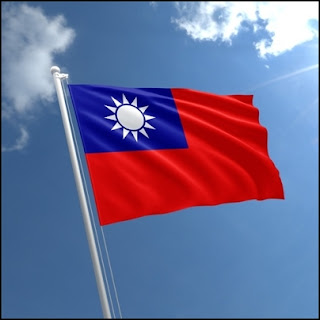 But again I have to wonder, what IS this place?  Is it Taiwan?  Is it Chinese Taipei?  Is it... China?  When even Taiwanese people are afraid to answer this question there's a serious problem.  And I've found that as the years have gone by this problem has only gotten worse.

If you think it's bad in Taiwan, you should see interactions between Taiwanese people and Mainlanders outside the country.  Every so often you'll see a Taiwanese person (meekly) pulling out the R.O.C. flag, or whispering that they're (ahem) "Taiwanese."  And what does the nearest person from Mainland China do?  Pardon my French here, but more often that not they completely lose their shit.  Arguments ensue.  Explanations are offered.  And in the end - I'm sad to say - the Taiwanese person thus interrogated usually backs down, puts the flag away, and lapses into silence.  It's a sad thing, and I've seen it happen many times.

Aside from this there's the fact that I can't really blame other countries for wavering in their support for Taiwan.  The government here is doing a really bad job of explaining the situation to the rest of the world, and even if they did a better job I'm not sure how much good it would do.  China's position is obvious: "Taiwan is ours," but the Taiwanese point of view involves a lot more equivocation.  You just can't expect other nations to understand the "one China principle" or "one country, two systems."  Such bureaucratic explanations are too far beyond their day-to-day concerns. 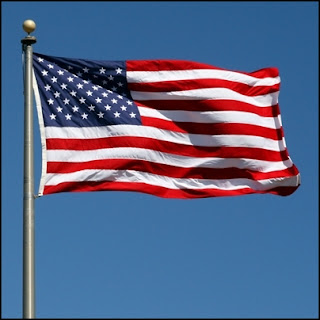 So yeah, I can't see myself applying for that Taiwanese passport any time soon.  I won't be voting in any elections.  I also won't be using a new I.D. card.  Of course I would like to do these things, but for me it's a matter of identity.  Why would I give up my old identity for one that's so uncertain?  Why would I give up my citizenship for one that even Taiwanese people can't agree on?  I'm sorry to say it, but it seems like a losing bet to me, especially when I think of the continuing pressure Mainland China is putting on the island.

I'm not saying that I've written the idea off completely.  Maybe one day I'll be applying for citizenship in a country that didn't produce the likes of Donald Trump.  But if that day comes it's still a long way away, and it will await a time when people in Taiwan (or people in China, or both) can reach more of a consensus.  Right now it's a waiting game, even if I remain optimistic about how things will turn out.

And who knows?  Maybe a consensus on what Taiwan really is will emerge sooner than we think.  Maybe people on this island will come to agree more on what their country stands for, and from such an agreement international recognition will follow.  Reaching this kind of agreement is of course not without certain perils, but I think people in Taiwan can get there.  Maybe, once they do, I'll have a better idea of who I am, and of what country I belong to.

Renouncing U.S. citizenship is a very long and involved process, and is not to be undertaken lightly.  The process starts with making an appointment at A.I.T. and talking to a consular officer.  You then have to fill out several forms and file taxes for the previous five years ("expatriation tax").  After this you pay U.S. $2,350 and take the "Oath of Renunciation."  After you receive the Loss of Nationality document you then start applying for R.O.C. citizenship..

The R.O.C. does accept dual citizenship in certain cases, but odds are that you don't fit the bill.  The government sometimes also awards citizenship to expats who've performed some act of "lifetime service" in Taiwan, but those thus recognized are often so old that the government's bestowal of citizenship comes off as more of an insult.

It's also worth noting that Taiwanese immigration laws are under intense scrutiny, and changes will be implemented in the near future.  With the drive to incorporate more foreign residents into Taiwan's society (and especially with the move to make English one of Taiwan's official languages) it may become easier to acquire citizenship in the future.

P.S. I also translated this entry into Chinese, but after showing it to two Taiwanese friends they (strongly) advised me not to publish it with Chinese text.  Their thinking was that this issue is just too sensitive, and the manner in which I discuss it above is too off-hand.  I hope this isn't an act of cowardice, but it did seem to me that if I was going to offend people, the entry in question ought to be more to the point.
於 10月 05, 2018