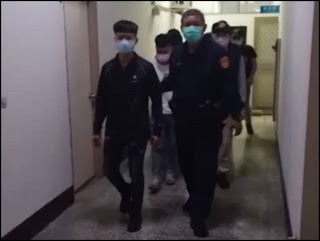 1. Linbian Township 林邊鄉
1a.  A fight disrupted a temple procession in Shuili Village.  Police were called in, but those involved had already fled the scene.  5 people were later apprehended after police consulted surveillance cameras. 林邊鄉廟會鬥毆  警帶回5茲事者送辦
1b. I believe this was mentioned here before, but here's another article about the bike trail which stretches from Wanluan to Donggang.  The pictures in this article are better. 糖鐵自行車道串臉6鄉鎮  從萬金玩到東港林邊
1c. Senior citizens over the age of 78 are required to undergo a cognitive test and change to a different type of driver's license.  The local branch of the Department of Motor Vehicles is helping them do this. 屏東監理站將辦3場高齡換照服務  呼籲長者盡早辦理 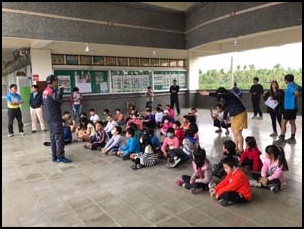 2. Jiadong Township 佳冬鄉
2a. A fire erupted at a KTV late at night.  This KTV was located very close to a gas station.  As you can imagine, the proximity of the fire to the gas station scared the hell out of people living nearby. 屏東佳冬KTV暗夜起火  近加油站嚇壞當地居民
2b. The "living museum," a makeshift structure used for religious purposes in the Jiadong area by Hakka residents, was recently recognized as a cultural artifact by the government. 佳冬客庄  "活的博物館"  拜新丁將登錄文化資產 (1)
2c. The inevitable result of a shrinking population: Pingtung County will close two elementary schools next school year, and students from these schools will be sent to other schools nearby.  One of the schools to be closed, Daxin Elementary School, is in Jiadong. 屏東啟動裁併校  2國小辦公廳會 (2) 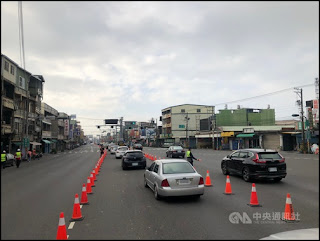 3. Fangliao Township 枋寮鄉
3a. Plans are afoot to install solar panels in and around Xinkai Village, but locals are protesting.  Some cite the recent discovery of Japanese fortifications in the area, and the need to preserve these fortifications as part of Taiwan's cultural heritage.  Others worry that the government's green energy plan is damaging the environment.  The plans are currently under review. 枋寮光電場惹議  陳椒華現勘石頭營 (3)
3b. Traffic on the first day of the recent 2-28 weekend was, as you'd expect, a mess.  Local police do their best to channel the flow of traffic, but with that many cars going in the same direction you can only do so much. 二二八連假首日屏東現車潮  啟動調撥車道因應
3c. After China recently banned the import of pineapples from Taiwan, some grew worried that locally grown wax apples might be next.  The Fangliao Farmers Association has told farmers not to worry - there's still a high domestic demand for the fruit. 誤傳銷中遭卡  枋寮農會 : 蓮霧量減質精  內銷為主 (4) 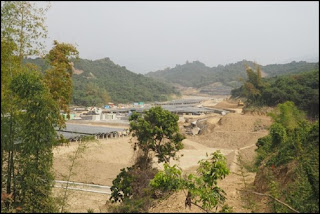 4. Chun Rh Township 春日鄉
4a. The news about the solar panel development in Xinkai can also be applied to Chun Rh.  The development is right between the two townships.  The picture in the linked article highlights the kind of environmental destruction accompanying many of these developments. 屏東二戰遺跡遭光電工程破壞  民眾訴求  "石頭營"  文資應完整保存 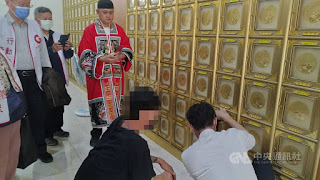 5. Fangshan Township 枋山鄉
5a. Police in Keelung recently confirmed the identity of a woman who died in Fangshan 15 years ago.  In 1995, at the time her corpse was discovered, identification was difficult and DNA testing methods weren't as advanced as they are now. 15年前枋山無名屍案  警重啟調查助死者落葉歸根 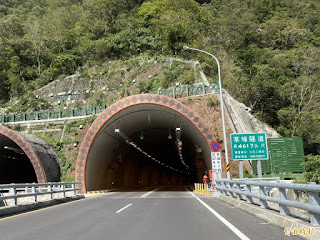 6. Shrdze Township 獅子鄉
6a. A surveillance camera was installed just outside the tunnel between Taitung County and Tsaopu Village on Highway 9.  This camera will be used to check for speeding vehicles. 屏東縣區間測速再 + 1  正是測速照相前3名
6b. Many public schools in rural areas like Shrdze are having trouble finding teachers. 偏鄉缺師  曾9次招募才找到 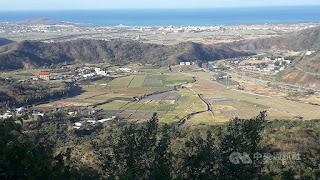 7. Checheng Township 車城鄉
7a. Checheng was recently designated a "Recreational Agriculture Area" by the Pingtung County Government.  This designation relates to the promotion of tourism in the area, and reflects both the crops grown there and the Sichongxi Hot Springs. 車城鄉四重溪休閒農業區公告劃定  屏東第3個
7b. There was an exhibition of lanterns and other local art at Checheng's Sichongxi Park during the 2-28 holiday. 錯過要等下回 !  恆春半島2人氣展倒數中 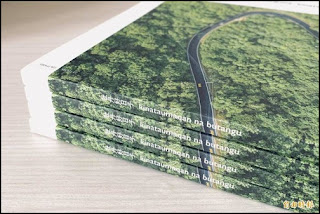 8. Mudan Township 牡丹鄉
8a. The new Amazing Pingtung magazine, published once every two months, has attracted a lot of attention.  Mudan is now publishing its own glossy periodical, with articles in both Chinese and the Paiwan language. 不讓屏縣刊 Amazing 獨領風騷  牡丹鄉刊也美如時尚刊物
8b. Xu Qiang-sheng, an officer who grew up in Mudan, recently became the first aboriginal chief detective in Liugui District, Kaohsiung City. 高市首位原民偵查隊長  許強生 : 以打擊犯罪為天職
8c. Silin Village in Mudan was recently granted permission to operate a tour bus to a local viewpoint. "恆春半島最佳瞭望台"  牡丹四林村開放遊覽車有譜 (5) 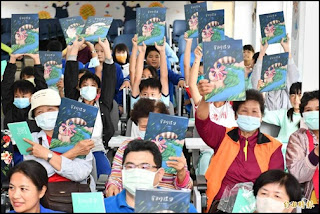 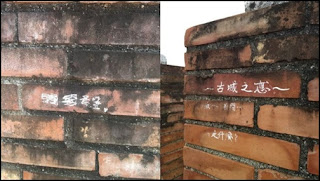 10. Hengchun Municipality 恆春鎮
10a. Following a time-honored tradition, someone scrawled graffiti on Hengchun's Old City walls.  The mayor of that municipality was, as you'd expect, outraged. 百年古城遭惡意噴漆塗鴉  恆春鎮長怒轟 : 抓到關5年
10b. Several water districts in and around Hengchun went without water recently.  The water utility had to turn off the water while work was being done on a local bridge. 恆春半島4區域23日停水  影響上萬戶
10c. Four guys from Taichung drove down to Kenting.  While they were driving to Kenting an argument broke out in the car, which lead to one of the men beating another passenger with a stick. 4台中男開心駕車遊墾丁  1人飆國罵遭同車3人拖下痛毆 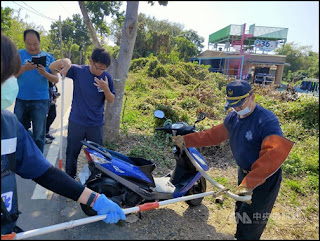 11. Liuqiu Township 琉球鄉
11a. A woman riding a scooter on Xiaoliuqiu crossed paths with a snake and fell off her scooter.  The fire department was called in to deal with the snake. 小琉球女騎士壓到蛇摔倒  警消在機車內抓到牠
11b. The dates for the "Welcoming the King/Prince" festivals in Liuqiu, Nanjhou and Donggang have been announced.  The dates are October 8-14 for Xiaoliuqiu, October 24-31 for Donggang, and November 17-22 in Nanjhou. 小琉球迎王平安祭日期出爐  10月8日至14日 (6)
11c. A new, air-conditioned, all-you-can-eat buffet opened up on Xiaoliuqiu.  They offer smokeless barbecue.  小琉球燒肉王  元老級燒肉店  全島唯一室內冷氣無煙燒烤吃到飽
Related Entries 相關的文章:
Restaurants in Fangliao 枋寮的餐廳
Roaming Around Linbian 林邊一日遊
台灣地名故事 Taiwanese Place Name Stories 2
Pingtung in the News 屏東的新聞 (Central 中) 2
1. Never heard of this before.  I'll have to go check it out.  The article goes on to state that these structures are build in front of Lords of the Three Mountains 三山國王 temples around Lantern Festival.
2. The picture above the link is Daxin Elementary.  I think that's all of the students.  When the number of students in a (non-aboriginal) school approaches 50 they are ripe for closure.  The other school mentioned in the article, Dacheng Elementary in Xinpi, has a Foreign English Teacher.  I work with her every Thursday.
3. The Japanese fortifications were discussed in the last news entry for this area.  I live in Xinkai Village, so of course I have an opinion on this proposed solar panel development.  I think the force driving most of these developments is greed, and I wouldn't trust any of these solar panel companies to either protect local ecosystems or preserve anyone's cultural heritage.  Green power is great, but the government needs to pursue this policy in a more systematic fashion.  As it is there's little oversight, and local efforts to install solar panels throughout the county are best described as haphazard.
4. My landlord grows them.  I've been eating wax apples for weeks now.
5. I got lost in that area not long ago.  It's very scenic.
6. The festival in Donggang is famous all over Taiwan.  It's the one involving the wooden boat.
於 3月 08, 2021