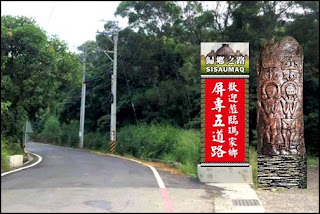 1. Majia Township 瑪家鄉
A. The Majia Township Office was attempting to exact a fee from drivers using certain roads.  This plan, however, might be illegal. 山友反戰大 !  屏東瑪家 "專五道路" 收費卡關
B. A mobile clinic has been assisting Majia residents as part of Pingtung County's integrated community care network. 打造有溫度照顧  屏東整合社區網路  猶如小型珍所到你家 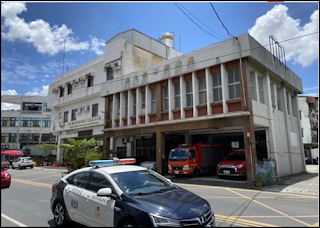 2. Wandan Township 萬丹鄉
A. Wandan will be getting new police and fire stations.  The present location created hazardous traffic conditions, and the buildings were very old. 警消新聽舍相繼動工  完工後將成為萬丹鄉行政核心地區
B. Iguanas, iguanas, iguanas.  A great big bastard of an iguana was spotted in Wandan, relaxing next to a canal. 巨尾綠鬣蜥日光浴嚇壞民眾  屏縣府設陷阱捕捉
C. A woman from Wandan returned to the township to celebrate the installation of a piece of public art.  This woman was one of the first people to demonstrate the use of the mechanized tiller, way back when the central government began promoting the mechanization of farming on a large scale.  Her tiller demonstration, which took place when she was only 16, was commemorated on a 1 NT coin. 首位平民肖像印鑄一元硬幣的陳命珠阿嬤回萬丹鄉母校 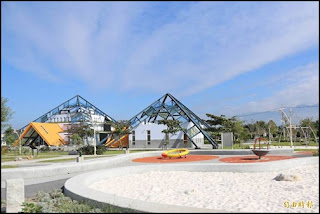 3. Wanluan Township 萬巒鄉
A. A new park was recently opened in Wanluan.  I drove by the place not long ago, and it looks like a fun place for kids. 萬巒親水公園啟用  緊鄰生命園區添話題
B. A fight following a land appraisal led to one death and two people injured.  Of course alcohol was involved. 萬巒鄉民土地鑑界糾紛釀全武行 1死2傷
C. A historic church in Wanluan was renovated, and will be open to the public next week.  It will be promoted as a tourist site, alongside a nearby cocoa bean plantation and a facility selling products made from cocoa beans. 屏東新景點  百年教堂變身  可可跨域推廣所  預計1/23開幕 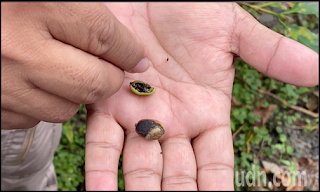 4. Taiwu Township 泰武鄉
A. The coffee bean crop in Taiwu has been damaged by coffee borer beetles, and the amount of beans suitable for harvest has been reduced by 50%. 屏東泰武咖啡面臨咖啡果小蠹蟲害  減產5成
B. The policy requiring individuals to apply for a permit before visiting certain mountain areas was publicly debated.  This policy was previously implemented for the sake of national security, and to inhibit criminals from escaping into the mountains.  Several people in Majia and Taiwu townships spoke up in favor of maintaining the policy, in the interest of public order and preserving local ecosystems. 不願廢除山地管制區  瑪家 , 泰武 : 對治安有幫助
C. A survey of place names was conducted to determine which place names will be used in an official capacity next year. 泰武鄉領域地名調查成果  明年將與現行地號並列活用 (1) 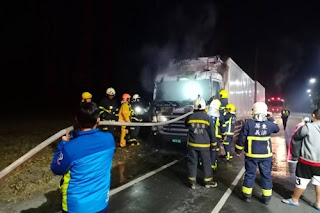 5. Chaojhou Municipality 潮州鎮
A. A truck parked along a road in Chaojhou caught fire.  No one was injured. 屏東潮州鎮聯結車起火  無人員受傷
B. I believe this was mentioned here before, but here's another story about the temple in Chaojhou which was moved 10 meters.  This article has better pictures. 潮州鎮福安宮千人移廟好壯觀  一千多噸廟體緩挪10公尺
C. More and more residents of Chaojhou are using tap water (as opposed to groundwater).  As a result the Chaojhou Municipal Government has created a Chaojhou Operations Office, and the water utility company has also created a new district in the area. 屏東潮州自來水申請戶1萬2千戶  水公司成立潮州營運所 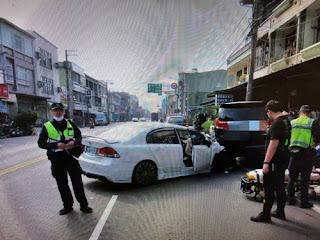 6. Xinyuan Township 新園鄉
A. A man driving through Shin Dong Village lost control of his car and crashed into a ditch. 屏東新園白色轎車疑失控  撞倒護欄側插進路旁水溝
B. There was another traffic accident on Highway 27 where it passes through Xinyuan.  In this case two vehicles were involved and several people were injured. 台27線新園段車禍4人傷1女童顱內出血傷勢嚴重 (2)
C. Accident statistics were released for intersections in and around Donggang.  Xinyuan Township, which is north of Donggang Municipality, ranked #1 in drunk driving-related fatalities and injuries. 屏東東港10大易肇事路口曝  酒駕死傷新園最多 "小琉球第二名" 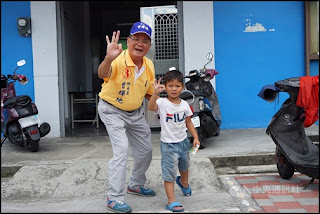 7. Kanding Township 崁頂鄉
A. After the previous Township Chief was jailed for bribery, 70 year old Tseng Hui-de was elected Kanding Township Chief. 屏東崁頂鄉補選  70歲前鄉代會主席曾輝地當選 (3)
B. The Pingtung County Government is busy building a system of bike trails along the railways formerly used by Taisugar sugar refineries.  One of these bike trails passes through Kanding. 屏東萬金糖鐵自行車道啟用  前瞻計畫補助扮推手 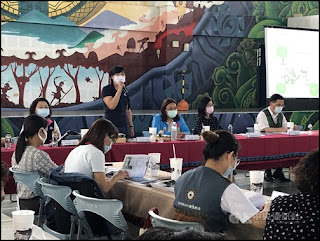 8. Laiyi Township 來義鄉
A. Several legislators and other government officials recently visited Laiyi.  A "comprehensive service center" will be built there, which will combine elderly care, public outreach and a school focusing on the preservation of local aboriginal culture. 立委考察來義鄉部落之心  伍麗華催生原住民族學校
B. This article goes back a ways (November), but villagers in Laiyi are requesting financial compensation from the Taisugar Corporation, which owns several pig farms in the area.  Villagers in Laiyi are frustrated because residents of nearby Wanluan Township have been given more money in response to complaints of odor from the pig farms. 豬臭味難忍  來義鄉捍衛權益 (4) 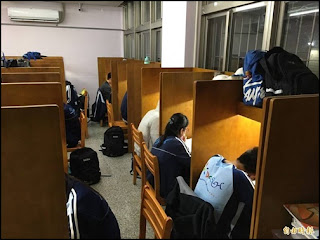 9. Donggang Municipality 東港鎮
A. Building of a water resource recycling center in Donggang has started.  Droughts have been frequent, agricultural runoff is a big problem, and the County is spending a lot of money to clean up local waterways. 投近30億改善東港鎮廢汙水  水資源回收中心下月開工
B. Donggang Senior High School, the only senior high school in that area, has opened a "cram center" to accommodate students who need to study late into the night. 解決段考鎮圖塞爆  東港高中 "全年無休" K書中心揭牌
C. The mayor of Donggang has been working hard to clean up the area, pushing the local government to add night time garbage truck service and installing cameras at "hot spots" to prevent littering.  He's made some headway, even though the problem of locals dumping their garbage in certain locations persists. 棒子蘿蔔都出動 !  東港河堤溣髒亂熱點  增設監視器  日間定點車 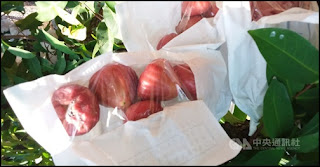 10. Nanjhou Township 南州鄉
A. The recent cold spell has been causing locally grown wax apples to fall from the trees.  This year's wax apple crop has been drastically reduced as a result, and the local government is searching for solutions. 寒流一波波蓮霧蘋落果  屏縣府展開現勘
B. Police discovered drivers providing illegal taxi service after several cars, all bearing white plates, were reported near the Nanjhou Train Station.  The drivers were fined, and both their licenses and registrations were revoked. 白牌車南州地區載客  吊扣駕照 + 牌照再吃10萬罰單
C. Last month was bitter melon and papaya season in Nanjhou. 南州雙瓜節登場  由苦瓜 , 木瓜讓歲未苦盡甘來 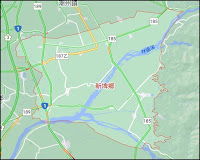 11. Xinpi Township 新埤鄉
A. No news from Xinpi this time.  Maybe no news is good news?
Related Entries 相關的文章:
台灣地名故事 Taiwanese Place Name Stories 1
Pingtung in the News 屏東的新聞 (North 北) 2
A Report 報告
Pingtung in the News 屏東的新聞 (South 南) 1
1. Compounding the problem of place names in Taiwu Township is the fact that many place names were taken from aboriginal languages and adapted into Chinese.  Sometimes these place names attempt to preserve the sound of the aboriginal words, sometimes the meanings.  English spellings of aboriginal place names can also vary.  Further complicating the issue is the dwindling number of local people who really use these languages on a regular basis.
2. Highway 27 is the road between Pingtung City and Donggang.  Were I a wanted criminal seeking to evade police custody, that would be the road for me.
3. Corruption among government officials at the township level seems to be a big problem in Pingtung.  This kind of news story is not unusual.
4. Pig farming is big business in Pingtung, and the Taisugar Corporation owns all of the big farms.  Most of these farms are located near the Mountainside Highway 沿山公路, which stretches between Fangliao Township and Sandimen.  I don't live near any pig farms, but I bike past one on my way to work twice a week.  The stench can be intense if the wind is blowing away from the farm.
於 1月 12, 2021