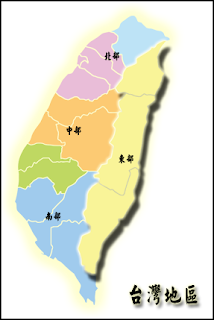 What island?  And is my half of the island also half of a country?  Or is it half a province?  Or half of a problem, waiting for a solution?

And whose half of the island is it anyway?  Is it really "my" half?  Can I claim it as my own?  Or is it yours, O Reader?  Or (gasp) is it really... theirs?  We won't talk about who "they" are today, but rest assured they're watching, and they're ever-vigilant.

We'll see how it pans out with "them" later on.  Or we won't.  Maybe nothing will happen with "them," and it'll only add up to more heated words, and more ambiguous agreements with islands that may or may not be part of countries they may or may not want to be a part of.  Don't ask ME to clarify.  It's Tuesday, and I'm tired!


In that part of my/our/your/their island nearer Taipei there are cars, people, dogs, cats, night markets, stores, restaurants, train stations, parks, rivers, mountains and it rains a lot.  Some of the people are in cars.  Some other cars may contain dogs or cats.  The night markets, stores and restaurants are probably located near train stations.  The parks, rivers and mountains are wet if it's raining, and dry if it isn't.  I'd like to think that in the train station someone is waiting for someone else they haven't seen in a long time, and that the reunion will be a happy one.


In that part of my/our/your their island nearer Kaohsiung there are scooters, snakes, mosquitoes, bars, hospitals, pharmacies, bus stations, waterfalls, lakes, beaches and it rains much less.  Some of the snakes may be hiding under scooters.  Some other scooters may conceal mosquitoes.  The bars, hospitals and pharmacies are probably located near bus stations.  The waterfalls, lakes and beaches are humid places if the sun is out, and slightly less humid if it isn't.  I'd like to think that at the bus station someone is coming back home after a long absence, and that their stay will be pleasant.

3. That Part of My/Our/Your/Their Island Between the Two Other Parts Above


In that part of my/our/your/their island between the two other parts above there are cars, scooters, people,dogs, cats, snakes, mosquitoes, night markets, stores, restaurants, train stations, bars, hospitals, pharmacies, bus stations, parks, rivers, mountains, waterfalls, lakes, beaches and it rains too much for some and too little for others.  Some of the cars may contain people, dogs, cats, snakes or mosquitoes.  Some of the scooters may be carrying (or concealing) people, dogs, cats, snakes or mosquitoes.  The night markets, stores, restaurants, bars, hospitals and pharmacies may be located near either train stations or bus stations.  The parks, rivers, mountains, waterfalls, lakes and beaches may be either wet or humid, dry or downright arid.  I'd like to think that in that part of the island there's someone similar to myself, also typing nonsense on a dusty keyboard.

4. In Which the Author of this Blog Uses the Above Three Parts of My/Our/Your/Their Half of the Island as the Setting for a Science Fiction Epic

The year was 5467 A.D.  The Triune, a cybernetic hive mind from beyond our solar system, sought to conquer the Earth.  Eager to gain intelligence that would assist it in this regard, the Triune sent several probes to our planet, the first of which landed on my/our/your/their half of the island.  Unfortunately for the Triune, the Author of this Blog never finished this story, and all of its plans came to nothing.

Millennia later, the Triune did have the chance to visit the area as part of a tourist group from Taipei, and I, the Author of this Blog, had recently been revived from suspended animation.  I happened to be drinking a beer in a local bar when the Triune walked in.  We had a couple shots of tequila, sorted out our differences, and he/it then added me to his/its list of contacts on Line.

So don't worry, O Reader.  In the year 9876 A.D. my/our/your/their half of the island will be pretty much the same as it is now.  No alien invasion.  No antimatter weapons laying waste to cities.  Give me a call when they've revived you from suspended animation and we'll get together.  It'll be fun to talk about the old days.

Where will we get together?  Maybe at a restaurant near the train station, or a bar near the bus station.  After your long absence it's sure to be a happy reunion, and after catching up we'll also try to talk ourselves out of this "story."

Piece by Piece
Taiwanese People I Know
What May Or May Not Be Going On In My County
Today 今天
於 11月 26, 2019