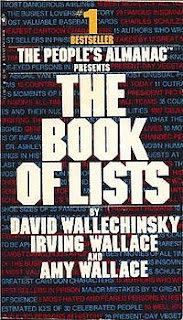 Anyone else remember the world before the internet?  If you don't, I can assure you it was pretty much like the world of today.  Minus all the people staring at their phones.  If you don't believe me, go watch any movie from the 1980s.

We also had books of lists.  My parents had a lot of these.  Even now I'm not exactly sure what their intended purpose was, but I suspect it had something to do with crossword puzzles.  These books were as their name suggested: lists of seemingly random things like "left-handed pitchers" or "cities that start with H" or "authors of banned books."  I never did find any real use for books of lists, but I enjoyed thumbing through them when I was little.

With this in mind I'd like to offer a few of my own lists, all about as random as you'd imagine.  You're welcome to read through them, though I doubt you'll find much use for the information. 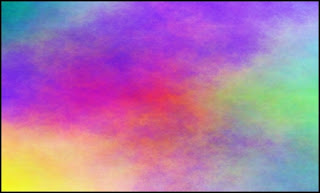 1. Rocketman (kinda want to, might just wait for DVD)
2. Hellboy (wasn't interested)
3. Countless other movies I haven't heard of

States in the U.S. I've Visited

States I Have No Desire to Visit

States I'm On the Fence About

1. Everything not listed above

Superheroes That Are Cool

Superheroes That Are Dumb

Subjects I Have At Some Time Enjoyed Studying

1. psychology
2. statistics
3. sociology
4. art history
5. Greek
6. woodworking
7. print production (a vanished discipline!)
8. metalworking
9. tennis (like to play, but the class I took sucked)
10. any Literature class taught by a teacher/professor with an unhealthy obsession with a certain author

1. Valentine's Day (pressure for those not in relationships)
2. Mother's Day (always a chore)
3. Father's Day (a non-event)
4. Tomb-Sweeping Festival (death!)
5. Billie Holiday (not a fan)

1. the post office
2. the bank
3. McDonald's
4. the tax office
5. Kaohsiung's industrial area
6. gas station bathrooms
7. parties where people I don't want to see are trying too hard to party
8. train stations (even though I like riding trains)
9. areas with too many tourists
10. art museums

Stops on the Taipei MRT That are Fun

Stops on the Taipei MRT That aren't Fun

1. any hospital stop
2. any school stop

5 Foods I Don't Care For

1. when my mom would let me skip school so she could take me to Toys R' Us
2. hours spent in video game arcades in the 80s
3. beating the shit out of that kid in the second grade
4. sex after I figured it out (definitely not the first time)
5. smoking weed and listening to either David Bowie's The Man Who Sold the World or Miles Davis' Miles in the Sky
6. Driving from Seattle to Idaho, to Montana, to Idaho, to Nevada, to California, to Oregon and back to Seattle the first time
7. going to the bookstore in Astoria to buy comics with my grandma
8. visiting Wild Waves/Enchanted Village when I was little
9. reading good books
10. getting published the first time

Some Good Moments From My Life After Arriving in Taiwan

1. finishing my Chinese program at Tung Hai University
2. getting married
3. having kids
4. my first week living in Taitung
5. swimming in the Flowing Lake before they sectioned it off
6. taking my daughters to amusement parks when they were smaller
7. going to Thailand the second time
8. the two weeks (?) we spent in Malaysia and Singapore
9. getting an award from the County Magistrate (even if it was weird)
10. something I can never talk about because it will get me in a lot of trouble

Some Things I'd Rather Forget

1. getting a vasectomy (local anesthetic doesn't work well on me)
2. various arguments
3. when my parents disappeared from my high school graduation
4. Thai immigration authorities trying to refuse my wife entry back into Thailand
5. my first trip to Thailand
6. getting falsely accused of sexual harassment (even if they later apologized)
7. another thing I can't talk about because it will get someone else in a lot of trouble
8. finding that dead guy in California
9. a certain male friend of several years making a really awkward, pervy pass at me
10. that time in college when I though a girl was cheating on me (she was) and I almost drank myself into the emergency room

Books On My Desk

Other Stuff On My Desk

1. a metal car-shaped pencil box
2. a map of the Pacific Northwest
3. a cloth I bought in Kyoto
4. a mug with Taipei MRT stops on it
5. my iphone 5S
6. my hat, purchased at the National Museum of Prehistory
7. another mug of Kaohsiung's famous buildings with pens, scissors, a craft knife, a stapler and a ruler inside
8. a tape dispenser that's run out of tape
9. a desk calendar
10. this keyboard
11. my forearms
12. a monitor
13. a hard drive

A List of Things I Could Be Worrying About

A List of Things I Could Be Happy About

1. I'm going to the States on Friday
2. the positive consequences of the Trade War
3. the fact that I have two more days of work
4. the fact that it's lunch time
5. various social relationships

Names of Cats I've Owned Which are Now Dead

Names of Cats I've Owned Which are Still Living

Animals Which You Probably Think of in Pairs