Another Day in "Scenic Kaohsiung" 在風景美好高雄的一日

I'd like to think I know Kaohsiung pretty well.  I've never lived in that city, but during 19 years of living in Taiwan I've visited the place countless times.  It helps that my mother-in-law lives there.  It also helps that it's the closest big city to Taitung, where I live.*  我想我蠻了解高雄的,  雖然我沒有住過那個城市, 可是我在台灣的十九年內去了高雄多次.  我岳母住那裏, 高雄也是最靠近台東的大城市. 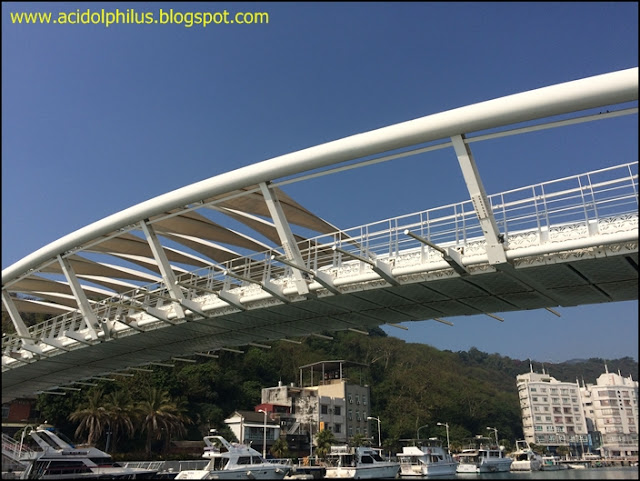 After parking our car near the Martial Arts Stadium we took the MRT to Shidzewan.  This picture was taken down the road from that MRT station.  Sun Yat-sen University is on the other side of that hill in the background, and the Old British Consulate at Takow** is on the ridge to the left.  我們把車停在技擊館附近之後坐捷運去西子灣.  這張照片是在捷運站附近的路上拍的.  中山大學在背景的山坡後面, 打狗英國領事館在山坡上的左邊. 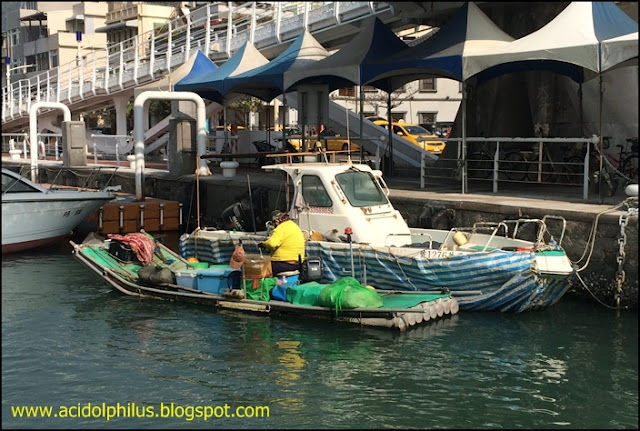 During the Ching Dynasty Kaohsiung was just a sleepy fishing village.***  Later the Japanese modernized the port.  Later still a lot of factory areas sprung up in that area.  Nowadays it's one of Taiwan's largest cities.  清朝時候的高雄只是一個小漁村.  日治時期日本人將它建設成現代化的港口, 沒多久很多工廠在那附近出現.  現在高雄是台灣最大城市中的一個. 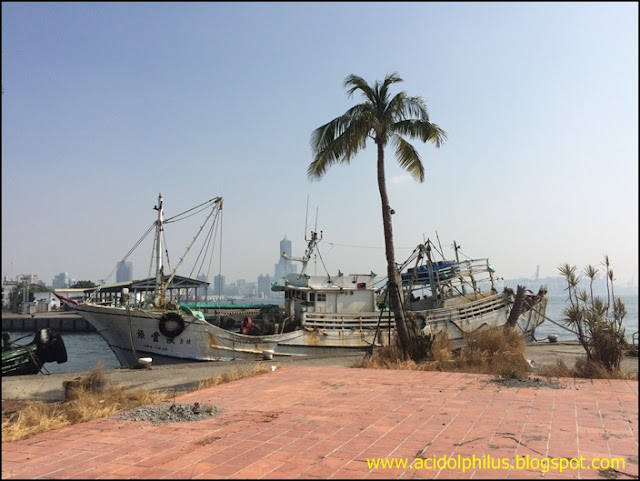 From the ferry terminal you can take a ferry to Chijin Beach, which is the mildly scenic spit of land on the other side of the port.  I've been there a couple times, and I feel the need to warn you that it's NOT awesome.  Want a somewhat interesting interesting place to eat seafood?  Sure, go to Chijin.  Just DON'T go there expecting Kenting.  從渡輪碼頭可以坐船到漁港另外一邊的旗津, 那裡風景不怎樣.  我去過二次, 我覺得那裏不怎麼好玩.  想去不一樣的地方吃海鮮的話, 你大概會覺得旗津不錯.  不要期待那裡像墾丁就好了. 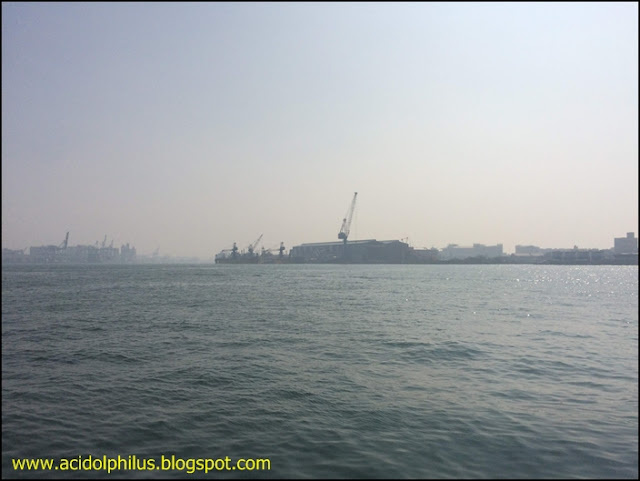 Look at that smog.  Kaohsiung certainly has its share of air pollution, though the local government has been working on the problem.  Some of this smog may originate in Xiamen, across the Taiwan Strait.  看一下那邊的空氣.  高雄的空氣品質不好, 可是當地政府很勇敢的面對這個問題.  有可能部分的空氣污染是從台灣海峽的另外一邊的廈門來的. 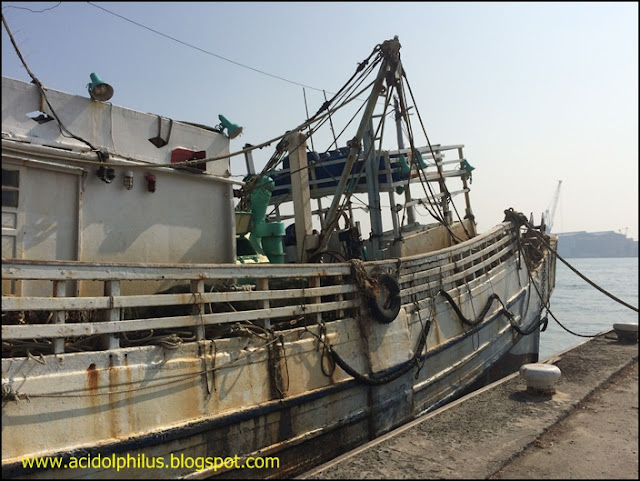 I love boats.  There are hundreds (thousands?) of them around here.  我超愛船.  這裡到處都有. 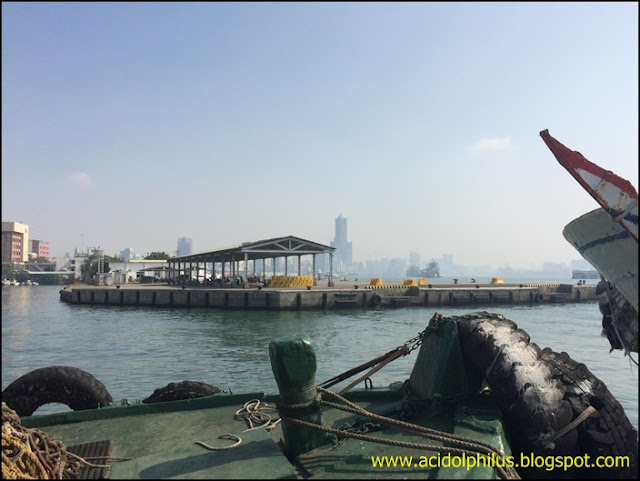 Looking south.  If you're ever lost in Kaohsiung just look for the 85 Skytower, that building in the center.  Pretty much everything interesting in Kaohsiung is located within a few MRT stops of that building.  往南邊看.  如果你在高雄迷路的話, 只要找照片中間的85大樓就好了.  高雄大多數有趣的地點都在85大樓附近的捷運站旁. 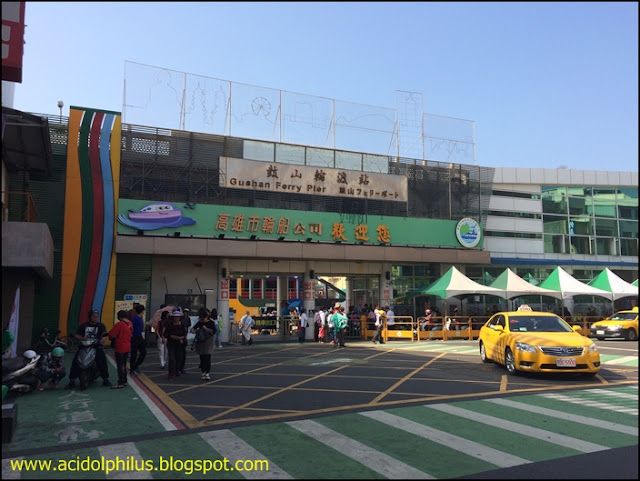 This is the ferry terminal.  To the left of the entrance, down the street there are a few good restaurants.  One of these restaurants was selling "coffee fried rice."  I thought about eating it, but my courage failed me.  這是渡輪碼頭.  大門的左邊附近有幾家很不錯的餐廳.  有一家也賣咖啡炒飯, 我考慮過要不要吃, 最後不敢. 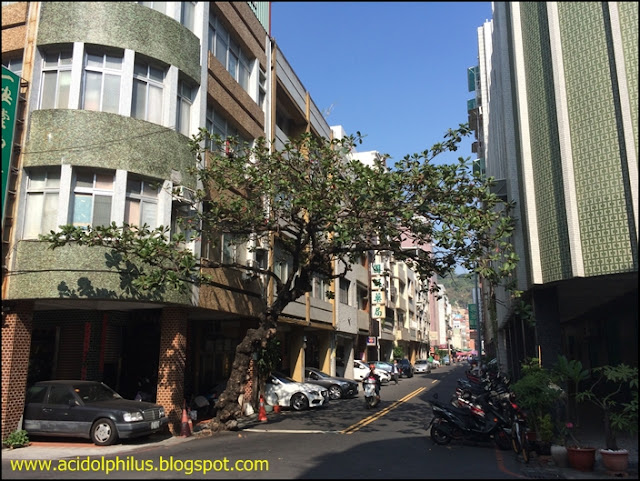 Shidzewan is not a bad area to walk around.  The hill at the end of the street is Shou Mountain, where the Kaohsiung Zoo is.  I STRONGLY recommend not going to the Kaohsiung Zoo.  It's second-worst zoo I've been to, the worst being a weird "zoo" I went to in Thailand where people hit monkeys with sticks.  在西子灣散步不錯.  馬路盡頭的小山坡是壽山,  高雄的動物園在那裏.  我強烈建議不要去高雄動物園.  那邊是我去過的動物園中最慘的第二名.  第一名是在泰國的 "動物園", 那裏的管理員用棍子打猴子. In Shidzewan there are many interesting temples tucked behind houses and stores.  Aside from the smog, it wouldn't be a bad area to live in.  在西子灣有很多有意思的廟被房子和商店藏起來了.  除了空氣污染之外, 住在這個社區大概不錯. 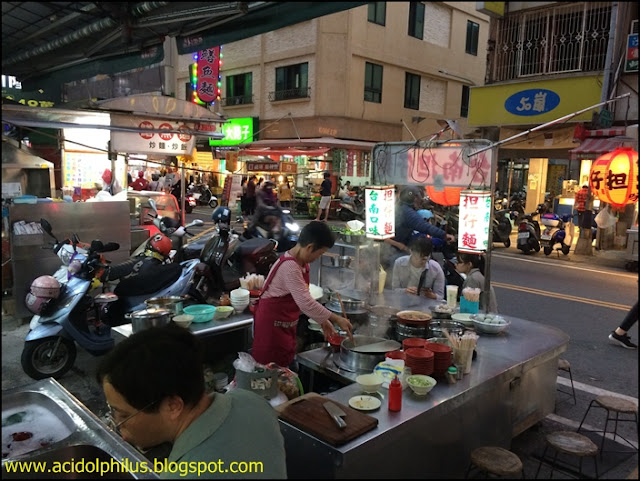 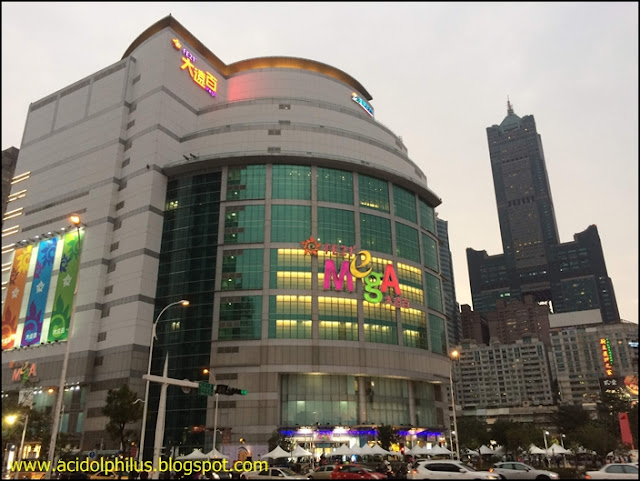 I've spent more hours in this FE 21 than I care to think about.  Next to it is the good 'ol 85 Skytower, which looks ready to transform into a giant robot any day now.  我花過無數小時在這棟大遠百.  在百貨旁邊的建築是85大樓.  85大樓好像隨時準備變形的機器人. 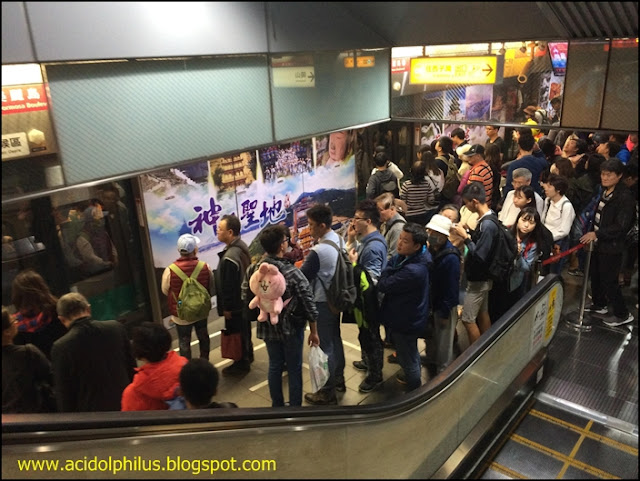 And this is what the Kaohsiung MRT looks like at 5:30 pm on a Saturday.  So many people you have trouble breathing.  To be fair this is the Formosa Boulevard Station, where the two MRT lines intersect.  這是禮拜六下午5:30的高雄捷運.  人多到呼吸困難.  這是紅線跟黃線交會的美麗島站.

*It's a 3.5 hour drive from Taitung City to downtown Kaohsiung.  Hualien City SHOULD be faster, but lately I'm finding that the trip there is closer to 4 hours.  Some people will of course say they can drive these distances in a shorter amount of time, but there's no way they're abiding by speed limits.

**"Takaw" is another spelling of Takao or 打狗.  Takao is the old name for Kaohsiung.  I believe it means "forest refuge from pirates" or something to that effect in one of the aboriginal languages.