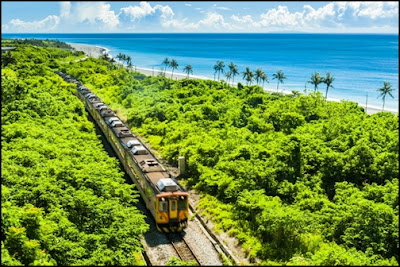 In the Hello, Taitung Person entries I'll be interviewing local residents.  They decide what kind of biographical information to include.  Some people are more private individuals, and I respect that.  Others are happy to make their presence known, and I respect that too.  在 "台東人你好" 這些文章中我會介紹當地的居民.  這些資訊是他們同意分享的.  有的人比較重視隱私,  有的人則開心地讓他人更認識自己.  我尊重這二者不同的做法.

All numbered questions were chosen randomly from a list of 50 questions.  下列編號的問題是隨機由五十個問題中選出來的.

The thoughts and opinions expressed below belong to the person offering them, and may not be shared by the person writing this blog.  下列是被訪問者的想法與意見, 與寫這個blog的我不一定一樣. 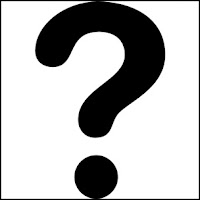 A: Well, I'd say, ah, some of my favorite hobbies are swimming and playing sports.  Uh, specifically basketball.  Ah, other than that, I mean, I'm a family man so I like to spend time with my family.  Ah, and then I also like to not spend time with my family as well.  I like my free time [laughing], cherish it when I get it, but also cherish the time I have with my family, 'cause my kids are young right now, and uh, it's an important time for them, so... it's kind of an important and fun time for me and my wife, too.  我最喜歡的休閒活動是游泳跟體育活動.  我特別喜歡籃球.  除了運動之外, 我喜歡跟家人在一起.  我也喜歡我自己的自由時間.  [在笑] 我珍惜自己一個人時的機會, 可是我也很珍惜跟家人在一起的時間, 因為我的孩子還很小, 所以對他們來說這個時候很重要.  這個時刻對我和我太太來說是好玩又重要的時候.

A: Uh... yeah, sure I do.  Um... I mean not as much as I did when I first came to Taiwan.  I've been here now for more than ten years, so... Uh, I've definitely become a lot more used to living in Taiwan, but uh, uh there's usually not a month that doesn't go by where something comes along and kind of makes me miss home for a bit, or think of home.  Um, usually it's family that I think of, or friends, you know, um, but yeah, I'm pretty used to living in Taiwan, and comfortable here.  So, no deep longings for home or anything like that.  當然會想念啊.  可是這種想念的心情不像我剛到台灣時那麼深了.  我住這裡已經超過十年了, 所以我現在比較習慣台灣的生活方式了.  可是每個月都會發生某些讓我想念家鄉的事情, 通常想到的是我家鄉的家人或朋友.  但是我很習慣台灣的生活, 也覺得這個環境適合我.  所以我的想念也就不是那麼的濃烈.

3. Q: Does Taiwan's history interest you?  Why or why not?  你對台灣的歷史有興趣嗎?  為什麼?

A: Uh yeah it interests me, I mean I'm living here now for more than ten years - again - and uh, I'm part of... society here, and I married into a Taiwanese family.  So I like to know about the country and the people and their history.  我對它有興趣.  我住這裡的時間已經超過十年.  我也是這個社會的一部分了, 我跟台灣女人結婚.  所以我想多了解這個國家, 人, 還有這裡的歷史.

A: Um, I would say it's useful to know like a few phrases and words, um, if only to - ah - break the ice sometimes, and you know, ah, maybe even say something funny.  Uh, you know in a certain situation.  You know, just to make a bridge between you and some Taiwanese who are speaking Taiwanese when I'm around or something like that.  You know?  But other than that I wouldn't really say that it's, you know, really that important or useful for me to like learn the language.  As much as I have taken a bit more effort to learning Chinese.  As I feel that it's much more useful and applicable.  我覺得知道一些短語或單字很有用.  這些短語或單字可以拉近與對方的距離. 也可以當我和他人間的玩笑話, 你知道在某些情形下,  我在的場合中, 那些短語或單字可以在我和我身邊的閩南人中間搭起一座橋梁.   你知道嗎?  除了那件事之外, 我不覺得學台語很重要.  不像學中文那麼重要.  我覺得中文有用又適用.

5. Q: Do you have any opinions about what kids in Taiwan study in school?  你對台灣孩子的教育有意見嗎?

A: Um... yes?  I mean I have children of my own who are studying in Taiwanese schools, so... uh, I have an opinion.  My opinion is I feel like the school system here is, um, a little too much weighted towards the testing and just rote learning/memorization, and that if they want to be competitive and more, like, relevant with the times they need to change that and, you know, introduce a bit more critical thinking and independent learning.  You-- it's easy for me to kind of say that as a foreigner, but it's definitely one of those things that I think needs to change.  You know?  Because I'm a teacher here, too.  I see kids, and there's nothing worse than seeing that young mind turn into, you know, "Oh, I just have to memorize this," as opposed to "I have to ask myself 'Why?' or 'What?'" or...  當然有.  我自己的孩子在公立學校讀書所以當然有意見.  我的意見就是這裡的學校太重視考試跟記憶.  學校如果要加強競爭力, 如果要跟上時代, 最好的方法是改變重視考試和記憶這部分.  他們利用多一點批判性思維跟獨立學習比較好.  從國外來的我說這種話很簡單, 可是我覺得這件事情真是需要改變.  你知道嗎?  因為我也在這裡當老師.  我看過很多孩子, 覺得他們的想法變成: "我把這個記起來就好了."  這種想法好可惜.  問自己: "為什麼?" 或是 "什麼東西?" 這種問題會好很多.

7. Q: What are your thoughts on Taitung's environmental situation?  你對台東的環境現況有意見嗎?

A: Well, my thoughts on Taitung's environmental situation are that they're kind of at a bit of a critical time, I feel, because, um, they've had an edge over a lot of the other cities on the island as far as being left alone for so long.  They were kind of allowed to, uh... they weren't overpopulated, and they weren't overrun by tourism, so it was a bit more of a sustainable situation.  But now with the increase in people and the increase in tourism, it seems like there's a potential for a lot of the same mistakes that other big cities made, as far as like going with, like, big industry, and, you know, other things that cause, uh, pollution in a city.  Um, it seems like Taitung is kind of like at a point where they could end up making those same mistakes.  Or they could learn from, uh, other cities mistakes.  我想台東的環境狀態已到了關鍵的時刻.  因為這裡比台灣其他地方有優勢的地方是它很長時間不被重視.  所以以前的人口比較少, 觀光客也不多, 因此對環境的影響不大.  雖然現在人口比較大, 觀光業也發展了.  台東縣市政府犯其他地方的錯誤的可能性很大, 例如大工業那種汙染環境的錯誤.  台東似乎到了避免那種錯誤的時刻了.  他們可以從其他縣市的經驗中學習, 不犯那種錯誤.

8. Q: How would you like to see Taitung develop (or not develop) in the future?  你對台東未來的發展有什麼看法?

A: Well, I'm a bit... I like Taitung the way it is.  I'm not, you know, super keen on a lot of development here in Taitung.  That said, over the past ten years that I've been here there have been, there has been quite a bit of change?  And, you know, stuff like redoing the roads and having a nicer boardwalk...  You know those are all things that I use, and enjoy, and like a lot better now than I did before.  Um, so I like that kind of change, but I'm not, I'm not really keen on that much change.  Taitung's kinda nice just the way it is, you know?  我有點...  我喜歡台東現在的樣子.  我不想看到台東做那麼多的開發.  也就是說, 我在這裡的十年台東有很多的改變.  你應該知道, 馬路的施工, 還有舊鐵道 [人行道] 的施工.  那都是我會使用和喜愛的地方, 我也比較喜歡它們現在的狀態.  所以我喜歡那種改變.  可是我不想台東改變很多.  台東目前的樣子就不錯, 對不對?

9. Q: How do you feel about temple festivals?  你對廟會有什麼意見?

A: Well, Han Dan Ye is one of my, like, favorite festivals.  When I first came here, um, I loved it.  I thought that, like, one of the things about Taitung is that it is a bit of a sleepy quiet town, and definitely that was one of the things that attracted me at the start, and I enjoyed...  But, like anything, you need some excitement in your life every now and then, and then, when that first Han Dan Ye festival came - for me - I was just, uh, you know, amazed at the, like, excitement and, you know, everybody out in the streets, parading around, fireworks going off, you know, it kind of like, flipped Taitung on its head a bit.  You know, it's only for a couple days, you know, and I kind of like that, so...*  炸寒單是我最喜歡的節日之一.  我剛來台東的時候超愛它的.  我那時候想: 台東是個滿安靜無聊的小城鎮.  當初也是這點最先吸引我的.  但就像所有的事一樣, 生活中有時候也需要一些刺激.  我的第一個炸寒單到來的時候, 我覺得這種熱鬧的場面很驚奇.  大家都在路上遊行, 放鞭炮.  好像要把台東翻倒了.  你知道,  只有一, 兩天的時間.  我有點喜歡...  所以...

10. Q: What type of music do you wish Taiwanese people liked more?  你想哪一種音樂在台灣會受大家的歡迎?

*I thought the person interviewed made several interesting points here, but I interrupted him too much, and I felt like including those additional points would have been confusing.  Next time I'll try to shut the hell up!

As said before, if you can guess this person's identity, please refrain from identifying them on social media.
於 5月 19, 2018